Forever on vacation! Alessandra Ambrosio bares midriff as she enjoys another family day at Coachella

She’s been covered up for most of the weekend, but on Sunday it finally got hot enough for Alessandra Ambrosio to show off her toned midriff at Coachella.

The Victoria’s Secret Angel started the day in a long flowing dress with an elaborate 60s style print, but as the temperature rose at the festival in Indio, California, she rolled it down to her waist, putting her Tori Praver bikini top on display and exposing her tanned tummy.

The model completed her boho look with a wide brimmed brown hat, a native American styled bag with fringes, a yellow headscarf, large earrings and number of bangles and necklaces. 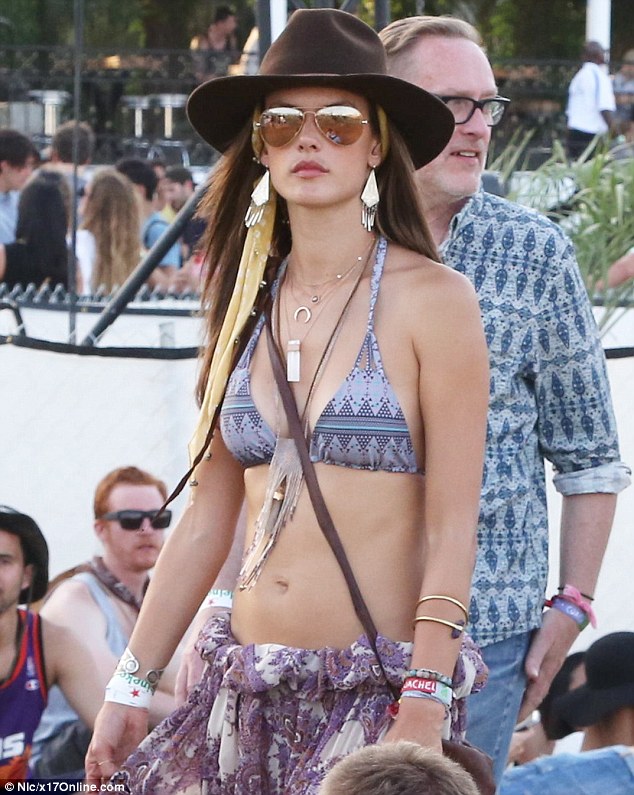 Toned: Alessandra Ambrosio rolled her flowing dress down to bare her midriff on the final day of Coachella

The Brazilian bombshell is a huge Coachella fan and had returned for its second weekend accompanied by her husband Jamie Mazur and their five-year-old daughter Anja.

The youngster rode on her father’s shoulders and played with a bright yellow beach ball while her parents hung out backstage.

Anja appeared to be having a great time and the 33-year-old model posted a video showing just how into the performances her little one was. 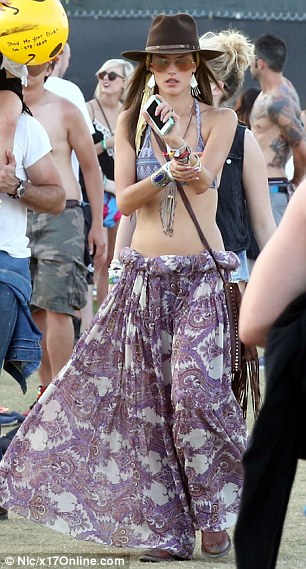 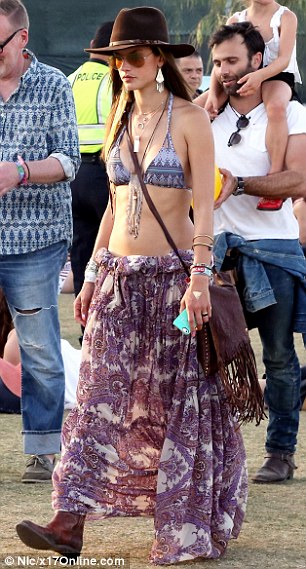 Festival veteran: The Brazilian star has attended the event in Indio, California, with her husband Jamie Mazur and daughter Anja on both weekends 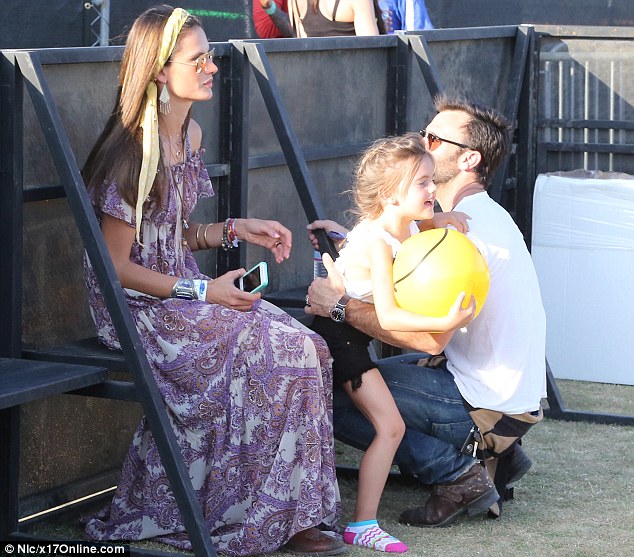 Backstage: Alessandra hung out in the VIP areas and played beach ball with her family 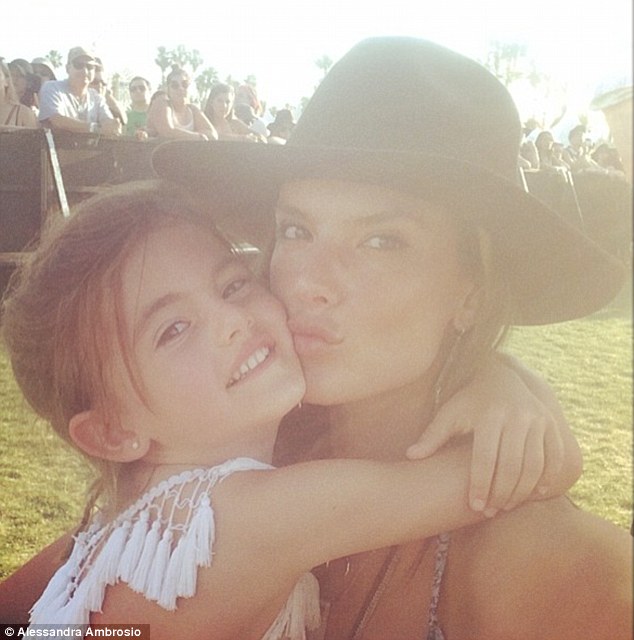 Cute: The model also shared a picture of her giving Anja a kiss at the festival on Instagram

As thousands of music goers slogged it out in a giant crowd to hear New Zealand band The Naked And Famous, the little five-year-old VIP danced around in a fenced off restricted access area in front of the giant main stage.

Dancing with a little girl about her age she got to experience Coachella in a way most music fans can only dream of.

The couple also have a 23-month-old son, Noah, but as he was too young for the festival, he was being looked after elsewhere. 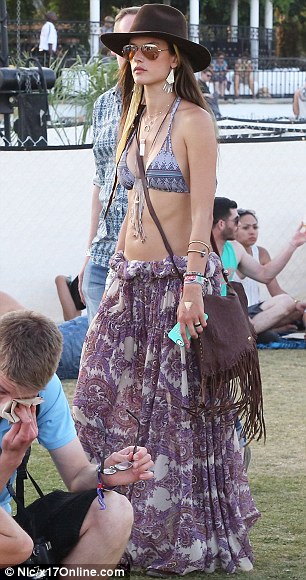 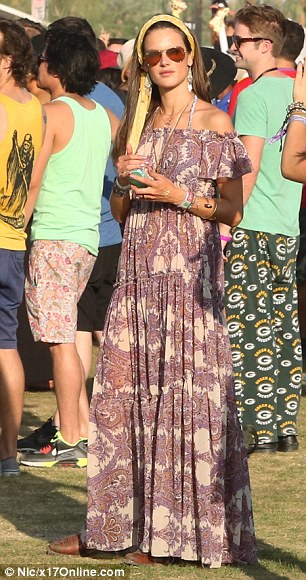 Headliners: The 33-year-old model posted a video of her dancing to Arcade Fire as the indie band closed the festival 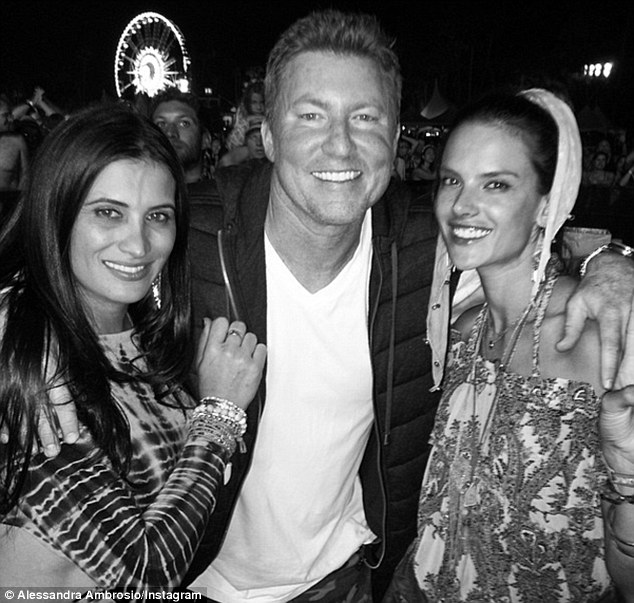 Coming to a close: As the festival finished Alessandra posted this picture on Instagram with the caption ‘That’s it for #coachella2014 !!! #somuchfun #foreveronvacation’

As the festival drew to a close, headlined by Arcade Fire, Alessandra posted another video, this time showing her sitting on the shoulders of a female friend, waving her arms in the air as the band performed.

After the sun had gone down she also posted a picture on Instagram with two of her friends, which she captioned: ‘That’s it for #coachella2014 !!! #somuchfun #foreveronvacation’

Although she’s now ready to head home, she managed to find the time to stop for a quick yoga session in the desert this morning.

Next to the shot Alessandra wrote on Instagram: ‘Meditation Monday surrounded by nature #desert #power #namaste’

Also seen soaking up the sun on the final day of the festival were Busy Philipps and her screenwriter husband Marc Silverstein. 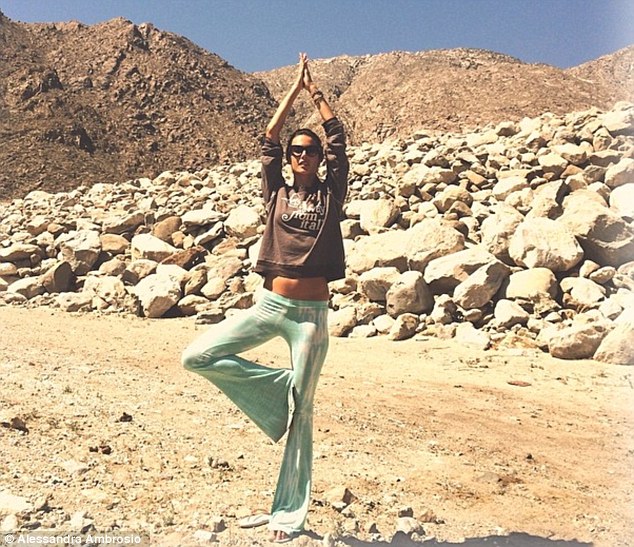 Quick stop: Although she’s heading home from Coachella today, Alessandra found the time to stop in the desert and pull a couple of yoga poses 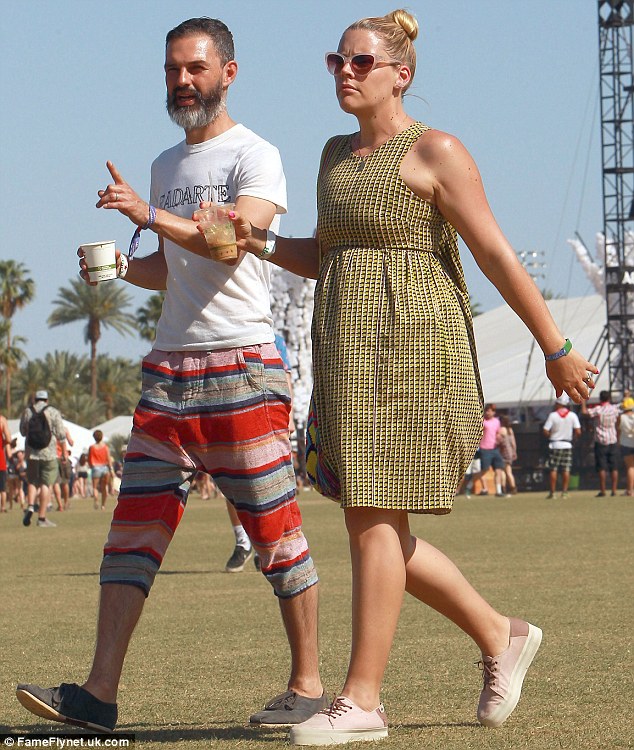 Soaking up the sun: Busy Philipps and her husband Marc Silverstein were also at the festival

The 34-year-old star looked chic strolling with an iced coffee in a yellow and black print dress, in retro shades and pumps.

However, bearded Marc looked less so, in a pair of brightly coloured three quarter length trousers and a tight white T-shirt.

It seems the Cougar Town star and her partner were also having a weekend out of their parenting schedule, as daughters Birdie, five, and Cricket, nine-months, were nowhere to be seen. 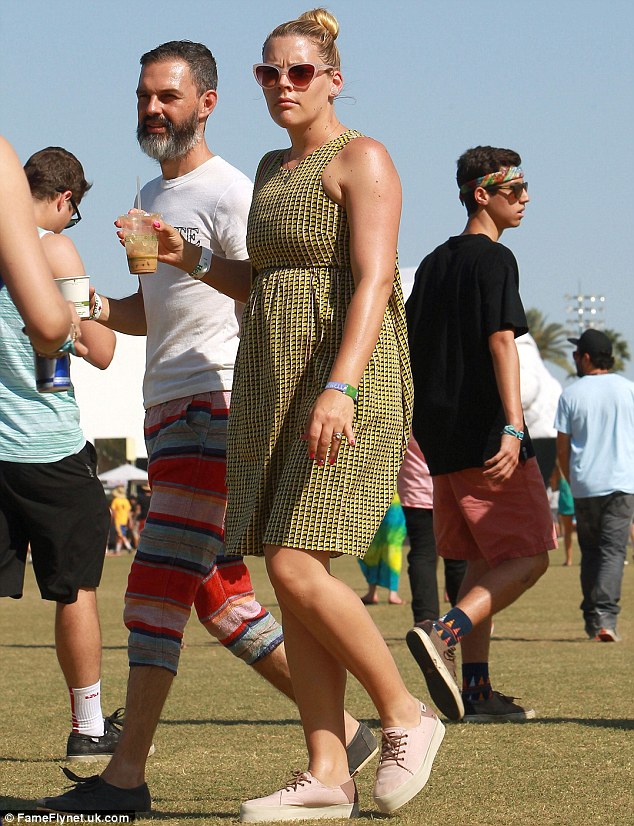 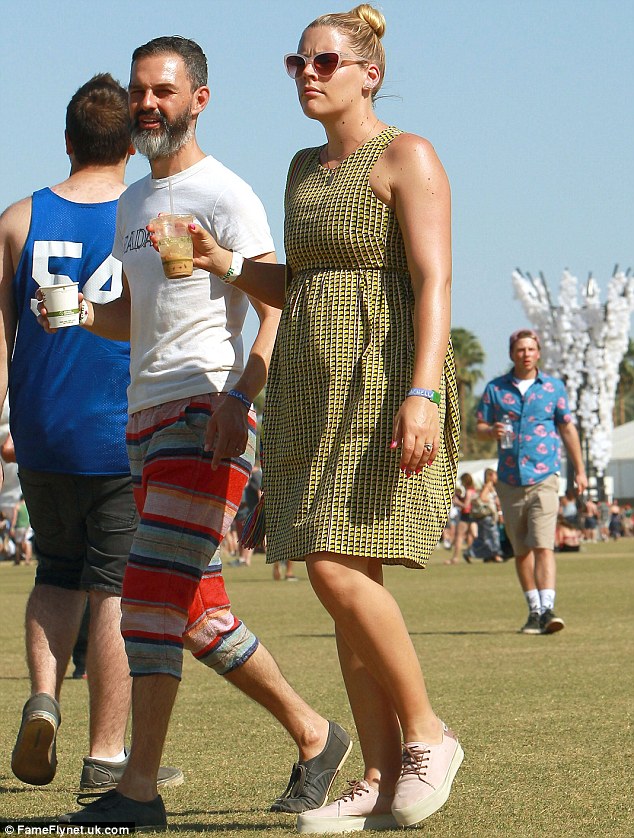 Weekend off: It appears the couple’s daughters Birdie, five, and Cricket, nine-months, were being looked after by someone else, so they could enjoy the festival together