These days, it probably feels like you’ve been in sweatpants for six weeks straight—or maybe it’s eight?

Whatever the case, E! News’ Lilliana Vasquez is here to give you a reason to celebrate formal Friday and even prom thanks to her DIY Glambot. That’s right, the notorious Glambot seen on just about every red carpet—The Oscars! The Golden Globes! The People’s Choice Awards!—is now available right at home. All you need is your phone, a small box, scissors, packing peanuts and duct tape. After all, as Lilliana says, “what’s a DIY without some duct tape?”

So MacGyvers, here’s how it works: First, you’re going to build a cradle by cutting your box in half to fit your phone. “The one thing that’s really important to remember here,” Lilliana explains in the step-by-step video above, “is you want the top of your cut box to hit right below the camera on your phone.” Otherwise, as gorgeous as you may look in that Jovani gown, no one is going to see it.

Next, you’ll want to make sure your phone won’t start sliding around mid-shoot. Take some cushioning—those packing peanuts, bubble wrap or any foam insert—and, advises Lilliana, “just shove them down into the box to create some padding.” 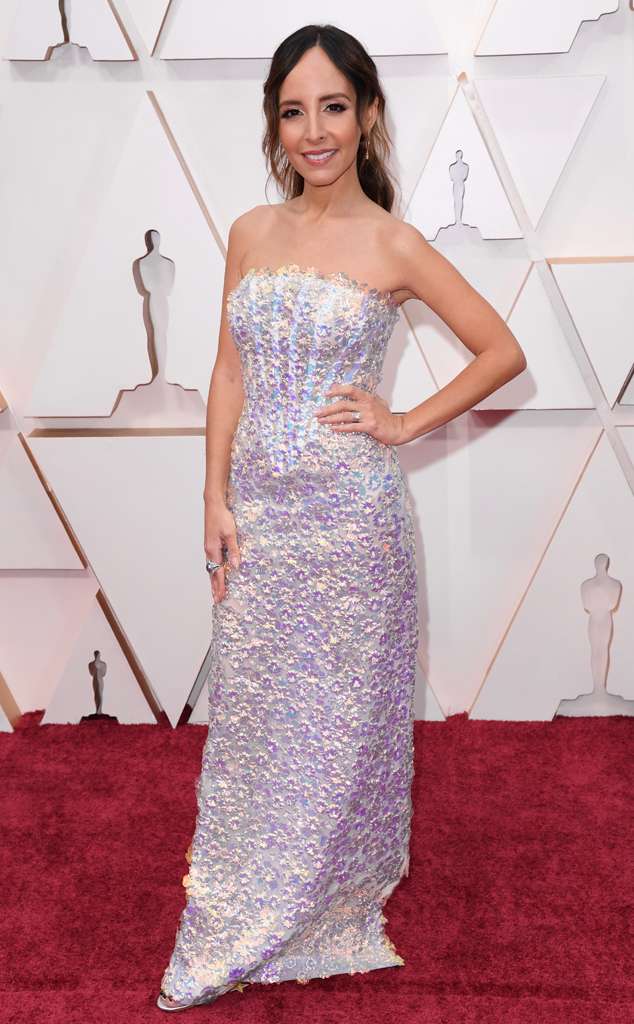 From there, you’re ready to hang up your DIY device. While Lilliana used a ratchet tie-down strap she found in her garage, she says your bathrobe belt or an old pair of tights will do the trick. Once that’s set, be sure to set up a light behind your Glambot to guarantee all your best angles are captured.

Now, get glammed up⁠—that dress deserves to be seen!⁠—and you’re ready to hit record. “But don’t forget,” says Lilliana, “You want to record in slow mo. Drop the phone in the box, step away and just gently swing to create that Glambot effect.”

Oh, and remember to just have fun with it! “Pose like nobody’s watching,” she adds. “Pretend you’re on the carpet at the Oscars or the Met Gala and just work it.”

All finished? Share your video using the #GlambotChallenge hashtag so everyone can celebrate your prom, formal or whatever the event may be.