Trying to impress someone? Justin makes HUGE surprise appearance at Coachella… as Selena Gomez mingles in the crowd

The surprises kept coming at the Coachella Music Festival on Sunday as pop star Justin Bieber unexpectedly took the stage.

The 20-year-old Canadian singer hopped onto the stage on day three of the outdoor music festival in Indio, California and joined scheduled performer Chance The Rapper.

The Baby singer was decked out in hip-hop gear as he played hype man to 20-year-old Chance The Rapper, who was born as Chancelor Bennett. 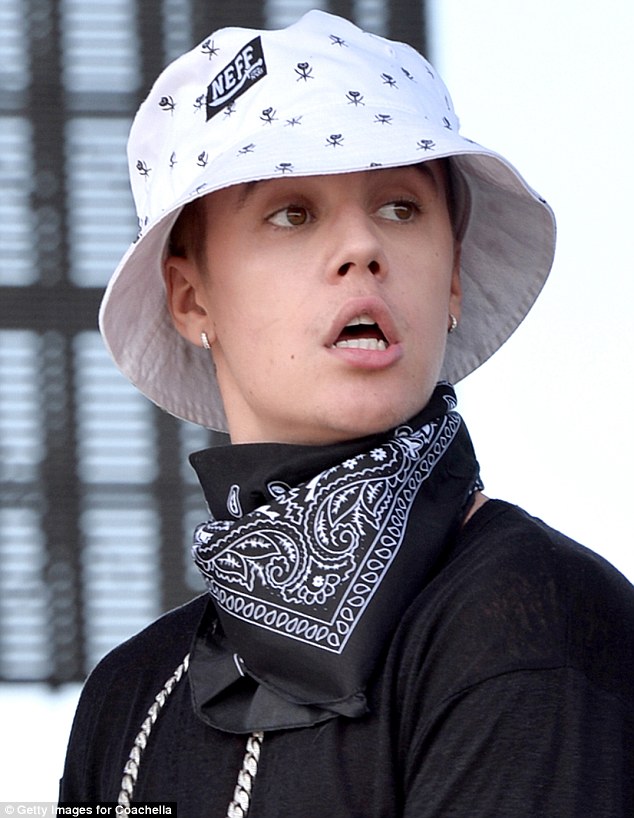 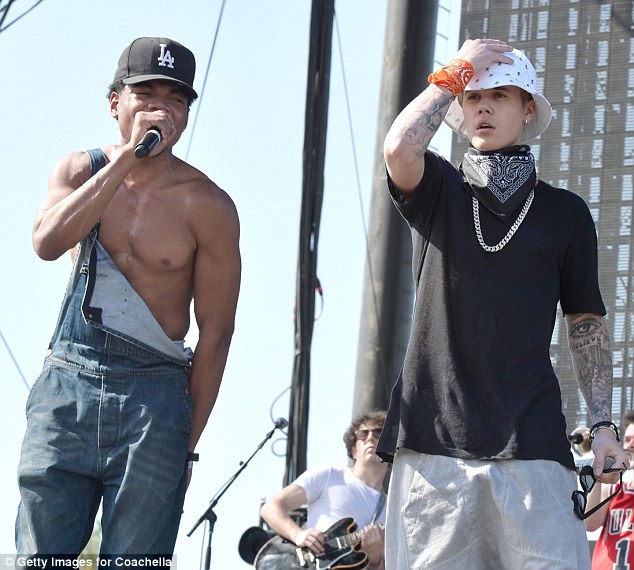 Young stars: Chance The Rapper and Justin are both age 20

Justin wore a black short-sleeved T-shirt with a thick chain and a black bandanna around his neck.

The pop star teamed that with an extra baggy pair of long grey shorts and black sneakers and completed his look with a white bucket hat and black sunglasses.

Justin shared an Instagram video with his more than 50 million followers on Twitter that showed him dancing onstage with the rapper. 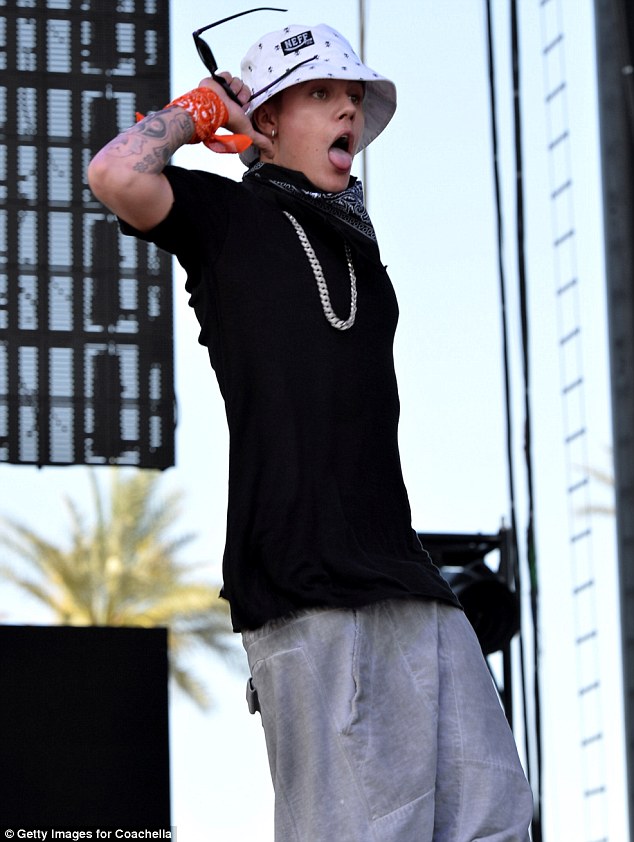 Having fun: Justin danced around onstage while Chance rapped

Justin did quick swivels on his heels with his arms in the air before launching into a multi-revolution spin. 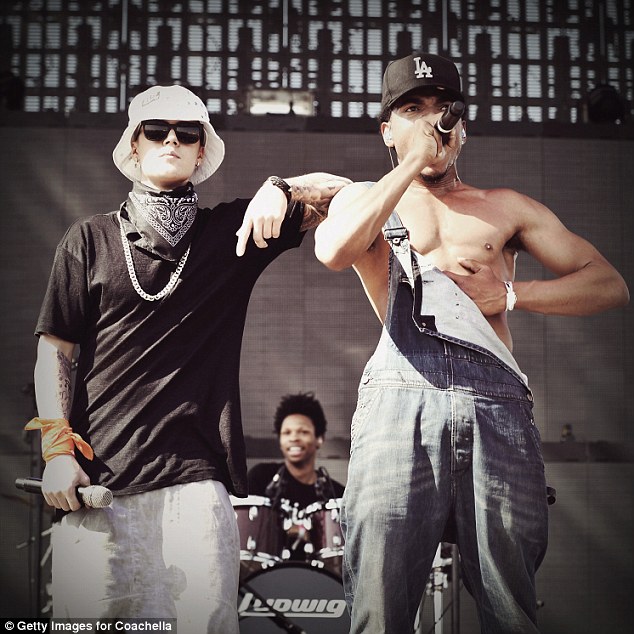 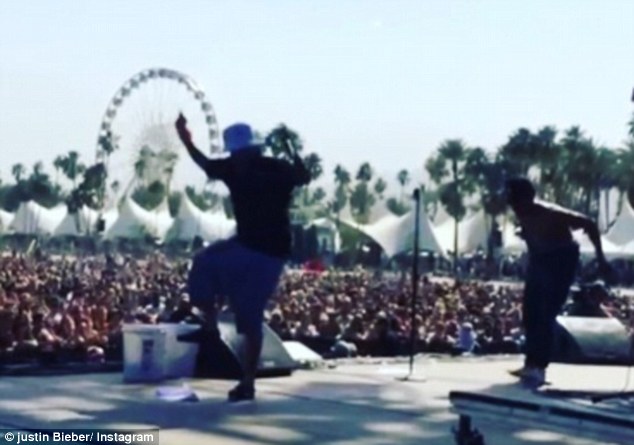 Dance moves: Justin displayed some of his dance moves for the audience 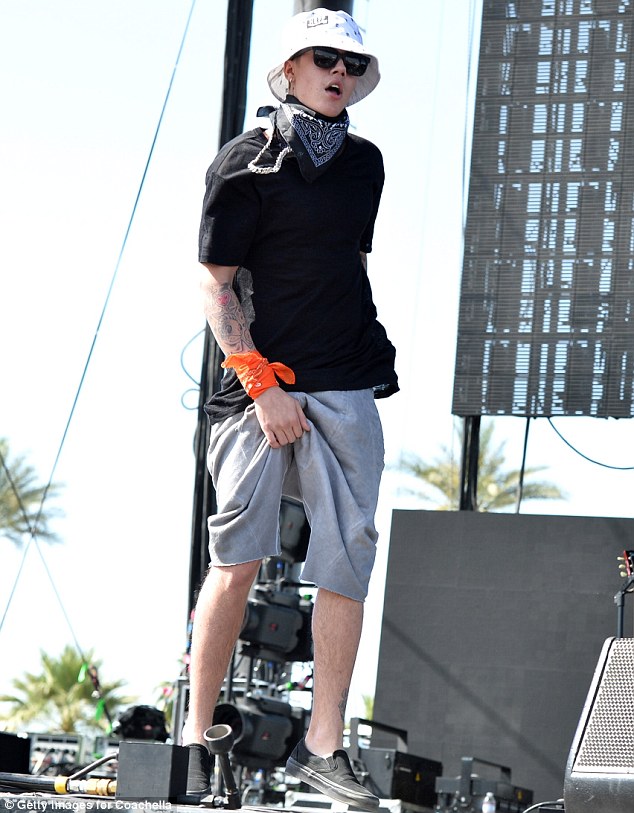 Hype man: Justin backed up Chance The Rapper during his performance

The Beauty And The Beat singer was spotted in Miami on Friday emerging early in the morning from a recording studio.

His performance came as a surprise to the celebrity-heavy crowd at the music festival and followed other heavy hitters who made unexpected appearances.

Coachella audiences over the weekend were treated to surprise performances by Beyonce with her sister Solange, Jay-Z with his former hip-hop rival Nas and Gwen Stefani who joined scheduled performer Pharrell Williams onstage. 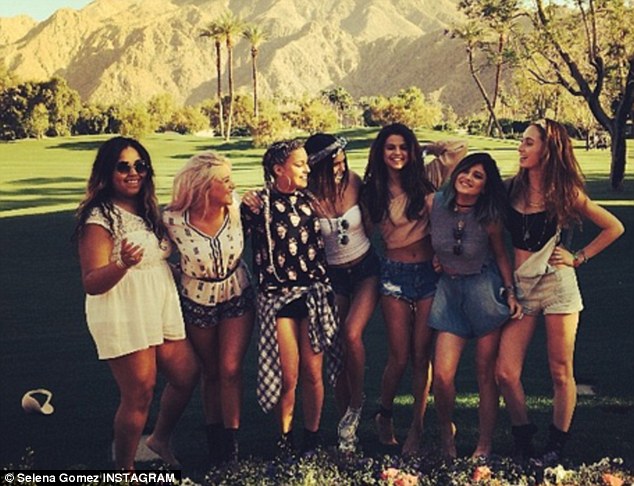 Tough competition: Selena is spending time with her power girls, including Kendall Jenner 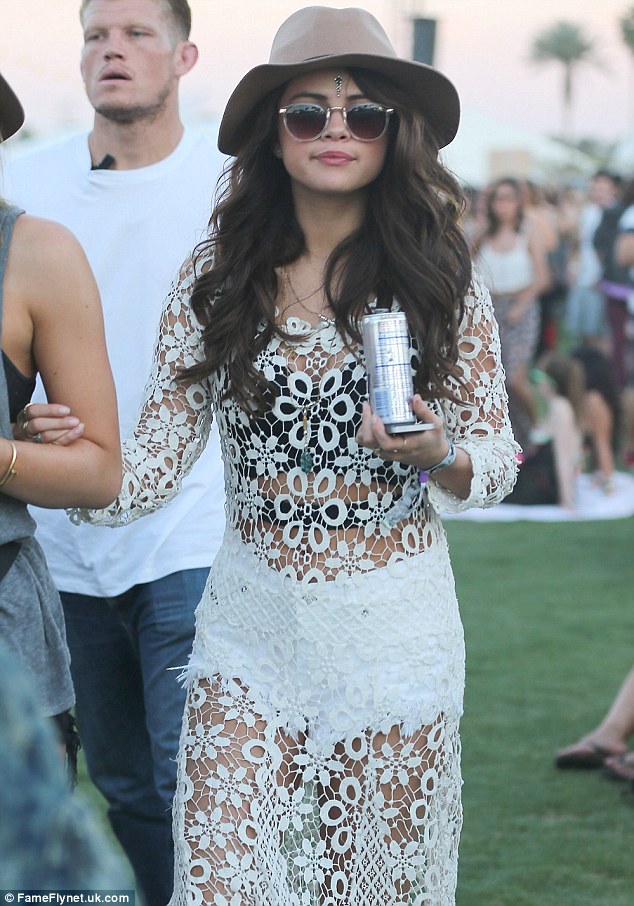 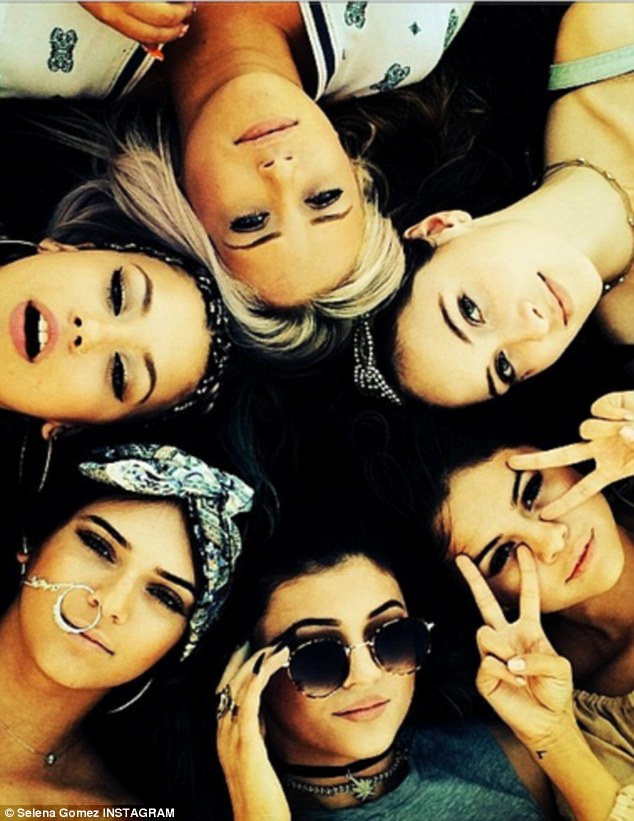 Head-to-head: Selena, Kendall and the girls seem to be having a great time